Victor Park is located at the south edge of Wayne on Highway 15. It is named after Henry Victor who served as Street Commissioner of Wayne for 22 years. This site was originally known as the Brick Making Yard in the early 1900's. John F. Sherbahn ran a brick plant to the south of this property until 1916 and manufactured 45,000 bricks per day. These bricks were used in Wayne and other nearby places. In 1965 the City purchased the property from Mr. & Mrs. Merle Tietsort for $1,000.00. The sunken area was filled to its present level during the early 1970s and the park was completed in 1973. The City Council dedicated the park in memory of Henry Victor in 1974.

The park contains the following items and facilities: 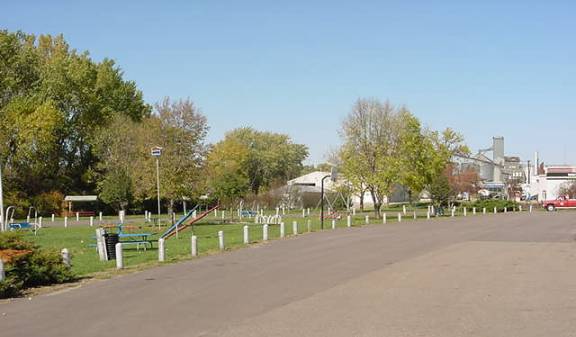