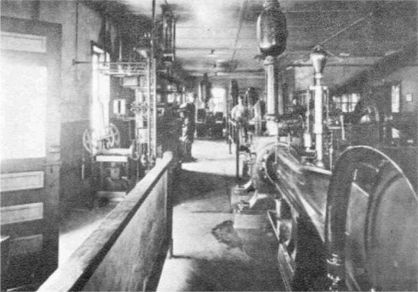 From its beginning in 1897, the Wayne Electric Utility has had a history of good service and steady expansion. The first investment was $5,400 (plus the boiler) and provided electricity for lights in the evenings. The citizens voted on a bond issue of $4,500. It carried 199 to 57 on April 11, 1898.

January 13, 1899. In special session the electric light rates were fixed at $0.50/month for 16 candle power and $1.00/month for 32 candle power. Morning service was begun when patrons petitioned the Council for it.

The minutes of May 2, 1904 provided the first financial report in the form of a budget.

By July 11, 1904, the plant was too small and plans and specifications were prepared for an additional generating unit. Bids were received on 50 KW, 60 KW, and 75 KW units driven by either single-action or compound-acting steam engines. Seven firms submitted 27 different proposals. The City bought a compound Ideal steam engine and a

In 1906, the receipts from the electric lights was $5,800. Expenditures for the Light and Water Departments of $6,900 exceeded the receipts.

In 1919, a major change occurred when the Direct Current generators were replaced with Alternating Current alternators.

Records for 1925 show the following assets in the Electric Utility Department: 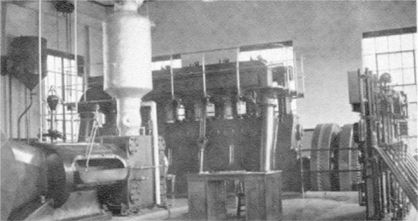 When the plant was 30 years old (1928), another major change took place. The cost of coal, including freight and handling, was so high that by converting to oil the cost of fuel was reduced by 50%. As important as this, was the purchase of the first diesel engine. It was a 6-cylinder DeLaVerne 400 KW unit which served the City until 1952. Steam was on its way out and by 1932 the plant was all diesel.

The plant bought several diesel units in the 30's and 40's and when the utility was 50 years old another major cost savings was accomplished by converting to natural gas. In 1947-48, a 1,000 KW unit manufactured by the Superior Engine Co. designed to operate on either natural gas or diesel fuel was purchased. It is still in service. The last of the straight diesel engines, a KW McIntosh Seymour, was taken out in 1960 when the No. 4 unit, a 2,000 KW Cooper-Bessemer was installed.

The Situation at Age 70

At the close of the 1966-67 fiscal year, the customers of the Wayne Electric Utility had an investment of about $2,800,000 in capital equipment. This investment produced a gross revenue of $325,000 derived from the sale of 17,300,000 KWH of electrical energy. This was sold to 2,100 residential and commercial customers and Wayne State College.

The electric utility employed 14 people with a total annual payroll of $75,000. In addition to the gross sales given above, the City supplied electricity to the various other city functions: park, streets, sewage treatment, airport, baseball field and swimming pool worth $18,500. Of this amount, $2,800 was paid to the Light Department from funds which are financed by taxes, leaving a balance of $15,700 which the Light Department gave to the taxpayers of Wayne. 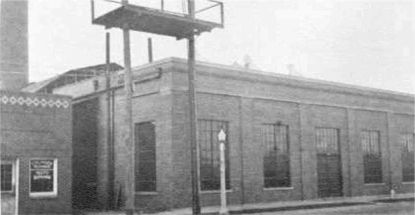 After the present expansion is paid for, the Electric Utility will have an indebtedness of $350,000. No property is pledged against this indebtedness. The earnings of the Utility are the only security the bondholders have.