Create an Account - Increase your productivity, customize your experience, and engage in information you care about.

History of the City of Wayne

Lured by a desire to acquire a tract of land upon which they could build homes of their own, the early settlers of northeast Nebraska crossed the wide Missouri and turned their prairie schooners toward the vast rolling hills of a new land. 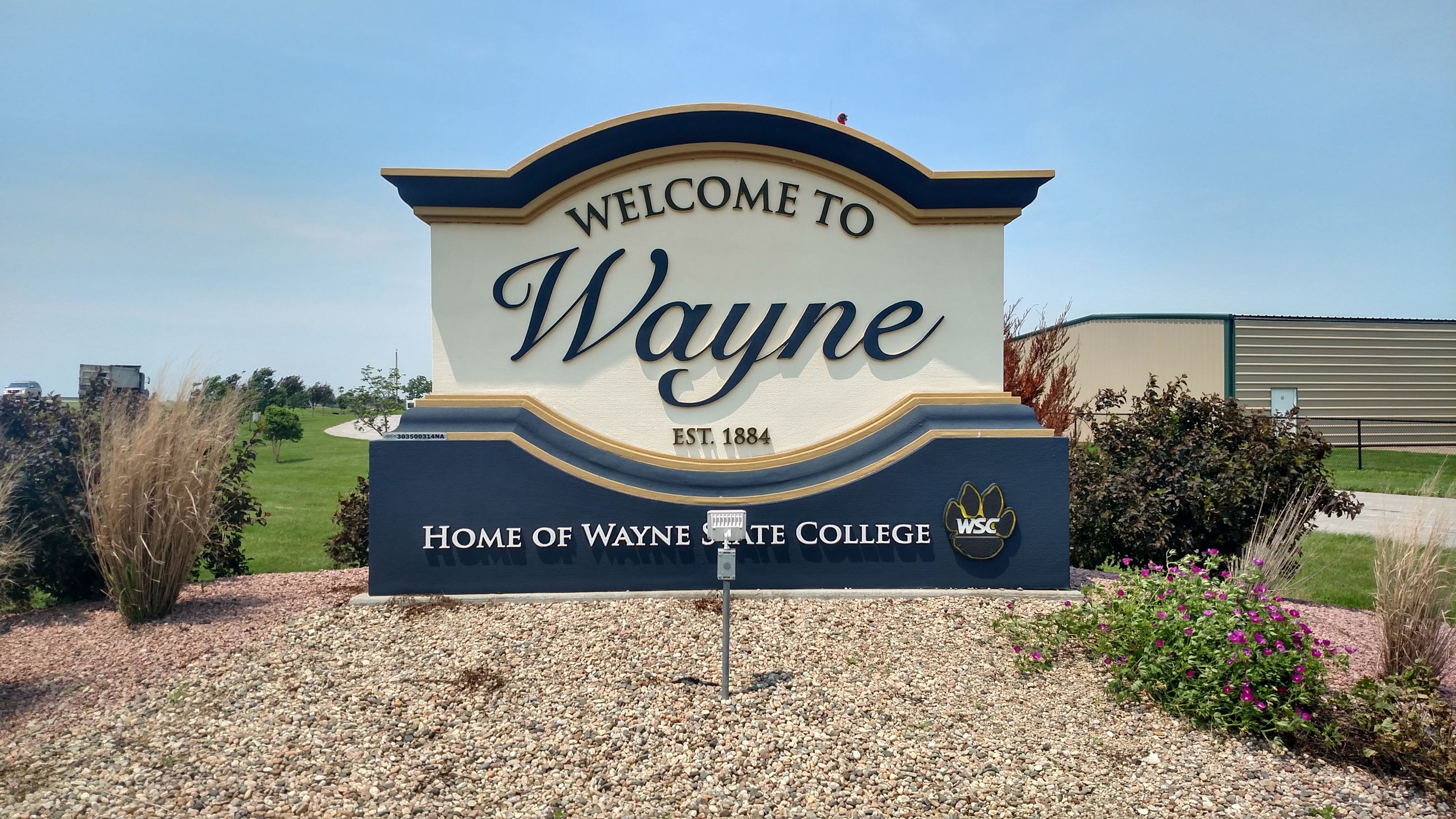 They continued westward undaunted by the extremes of summer heat or winter blizzards, the threat of unfriendly Indians, the lack of food and fuel, illness and other perils.

The first settlers in the Wayne area arrived from Lee County, Illinois, in the spring of 1869 and were joined by a second group in 1870. The prairie village of Wayne saw its beginning in 1881 when the railroad extended a line through the county linking Norfolk, Nebraska, and Sioux City, Iowa. The attraction of the railroad induced many settlers to move to the new community.

Named in Honor of a General

Railroad officials originally named Wayne Brookdale, but the settlers prevailed upon the company to name the community the same as the county, in memory of General "Mad" Anthony Wayne of Revolutionary War fame. The influx of families soon provided the settlement of Wayne with a population of 200 persons, thereby enabling the community to be incorporated as a village on February 2, 1884. A report to the village board in March 1889 showed that Wayne had 1,130 residents.

The desire to provide opportunities for higher education prompted efforts to found colleges in several communities. Residents of Wayne pinned their hopes on a Lutheran academy, which was established in 1887. Unfortunately, this effort was short-lived and the academy died in 1889.

Interest continued to grow, nonetheless, and in November 1891 Professor J.M. Pile, with the help of a number of local citizens, was able to open the Nebraska Normal College at Wayne. This successful attempt marked the beginning of what is now Wayne State College.

From the turn of the century, the community experienced a stable growth pattern. A library was constructed in 1910 and replaced in 1997. The community's first hospital was opened in 1935 and was replaced by a new 31-unit hospital in 1974, which expanded in 1989. Industry began its emerging role in the late 1960s with the first industrial park located adjacent to the community along Nebraska Highway 35.

Wayne has since evolved into a community with a unique balance between agriculture, education and industry, providing a stable environment for all three.

For more information about the City of Wayne, view the Nebraska Public Power District facts book.